Its Tuesday again and the start of another week, and as my daughter is having summer vacation, we are waking up late in the morning; I need to change that habit from next month as her school reopens. I want to drop off my little guy at the school too, and that I am planning from September. Last Friday I decide to make this Panmario (Italian rosemary bread), so that I can use it for the weekend breakfast. We didn’t do much except some shopping and cleaning as usual this weekend.
I have a rosemary bush in my garden, so I can get fresh rosemary any time. This month bread baking babes had decided to make Panmarino ( Italian rosemary bread). Cathy (Bread Experience), suggested this Italian bread recipe from The Fundamental Techniques of Classic Bread Baking. I have that book in my hand; it is one of my go to bread book when it comes to baking. Only one bread book which I didn’t have any success with this book. I tried 3 recipes from them, all were epic failures.
Coming to the Panmario, according to history, Luciano Pancaldo, a baker from Ferrara, a town in the north of Italy developed this bread inspired by the bread recipe for D’Este family, the rulers of Ferrara. Their bread was full of rosemary and had light crumb and golden crust, decorated with salt which resembles diamonds.
I liked recipe of Panmarino because it use only very little yeast may be about ¼ teaspoon of it, I did few modification to the recipe as I added whole wheat flour and also reduce the amount of salt. Traditional recipe is made entirely with bread flour. I was on healthy conscience mode, added whole wheat flour. You can skip that if you want to. It is really flavorful bread. I also let the bread dough to rise in the room temperature for about 7 hours. Then it shaped into 2 round balls and has given a second rise of one hour and then scored and baked at 400 °F for about 30 minutes, which is 15 minutes less than the original recipe.
It is delicious bread, best when you toast them with little butter. It is full of rosemary aroma great sandwich bread too. Try it for yourself, much better than any store bought version. It is simple bread with any add on. This bread recipe also proved me right once again; I don’t need tons of yeast to make wonderful flavorful bread. Instead of crowding all yeast together, give them a little space and some more time the yeast will happy and make delicious bread.
Here comes the recipe. 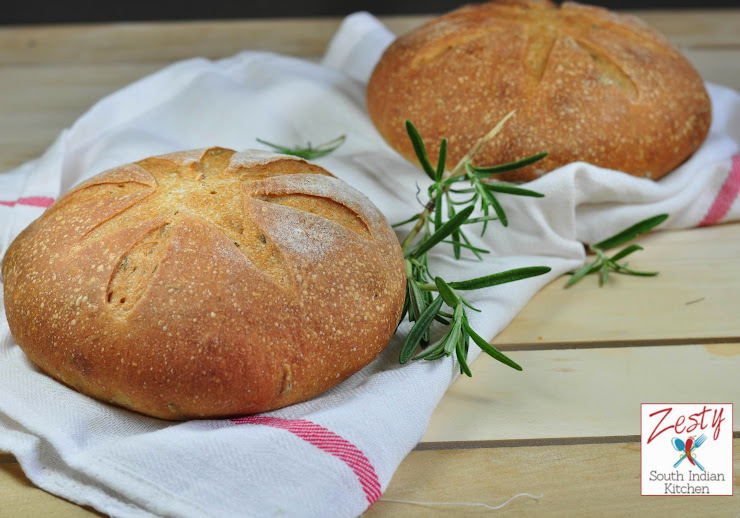 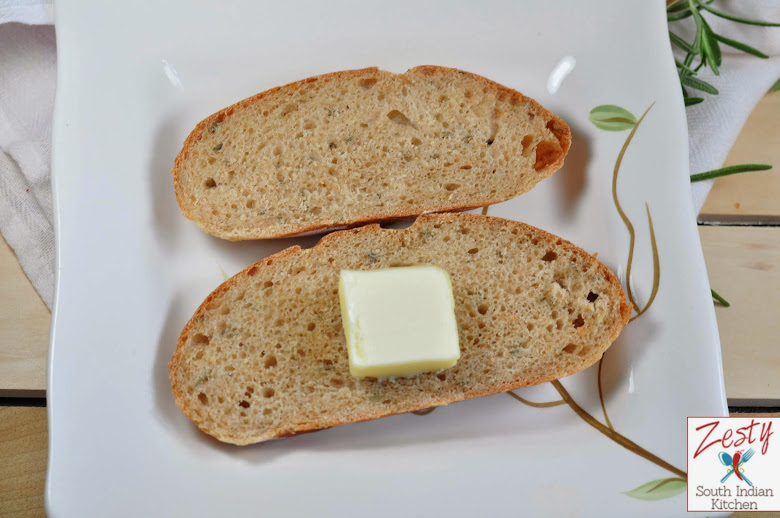 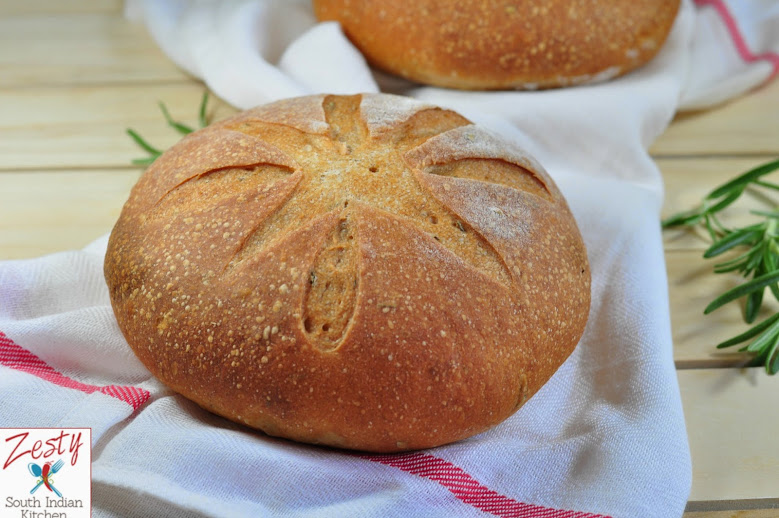 Linking this delicious bread to